The financial sanction was in addition to a NIS 3.8 million fine imposed upon Noble last month, for violations of the Leviathan gas rig's permit to discharge materials into the sea. 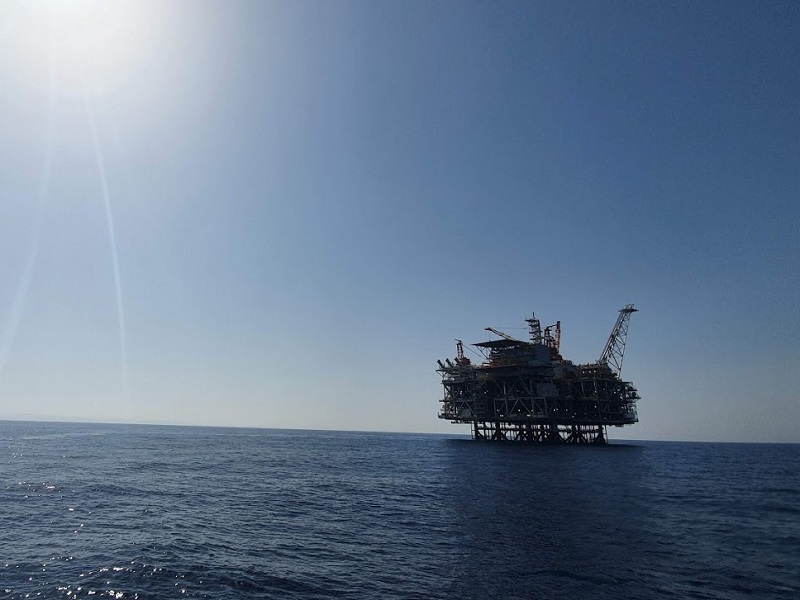 The Ministry of Environmental Protection has imposed a financial sanction of NIS 3,218,950 on Noble Energy Mediterranean, which was recently acquired by Chevron, for four violations of the Leviathan gas platform's air emissions permit.

Environmental Protection Minister Gila Gamliel: "The Chevron company will have to do its homework and learn the lessons from the blatant violations of Noble Energy. We will continue to operate on the principle of 'polluter pays' for the sake of public health and the environment."

The Leviathan rig began partial operation in December 2019, and has received a legal emission permit for all its activities. Tests conducted by members of the Ministry of Environmental Protection's Air Quality and Climate Change Department show that during the months of January and February 2020, five deviations were measured from chimney flue emissions, in the range of 120% to 180% of the maximum allowable emission conditions. A failure was also detected in the indicator (signal) to identify the integrity of the pilot flames in the torches, which constitutes a violation of the conditions of the emission permit.

The MoEP considers permit violations to be serious, and notes that full transparency and compliance are expected from Noble Energy, with regards to its emission permit, in accordance with the Clean Air Law.