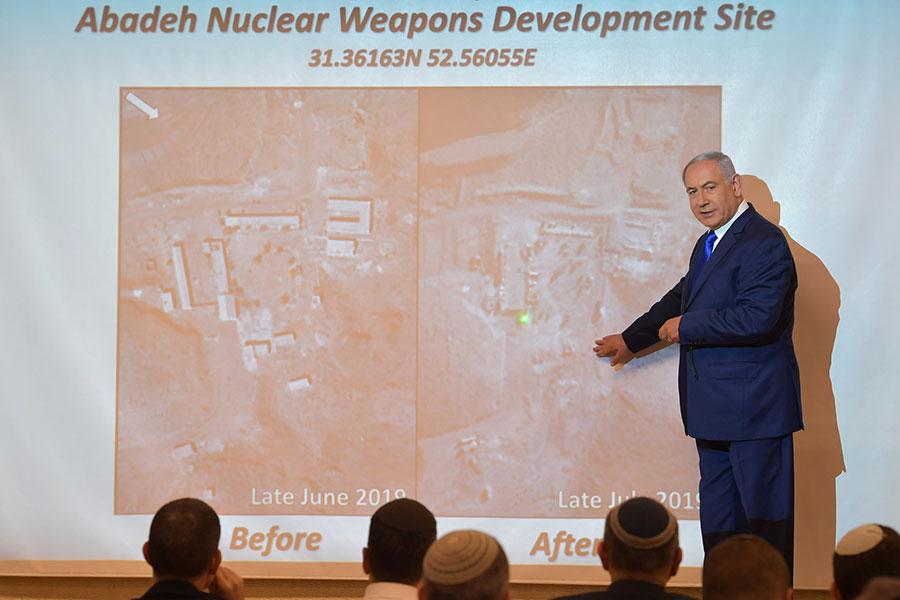 Prime Minister Benjamin Netanyahu, this evening, at the Foreign Ministry in Jerusalem, issued the following statement:

Even before that, Iran knew that we were on to them so they cleared the site. They cleared it of these capacities, they cleared them, and then they actually covered up the site. This is an actual cover-up. They put gravel on it to try and hide their traces. But they didn't. The IAEA found traces of uranium that Iran hid in these sites. That's a direct violation of the NPT, the Non-Proliferation Treaty.

Earlier today, the IAEA demanded that Iran answer its questions regarding these violations and Iran refused.

Today, we reveal that yet another secret nuclear site was exposed in the archives that we brought from Tehran. In this site, Iran conducted experiments to develop nuclear weapons. This is the site near Abadeh, south of Isfahan. When Iran realized that we uncovered the site here's what they did: they destroyed the site. They just wiped it out. They wiped out the site. Here they conducted nuclear experiments for nuclear weapons. This is the site after they understood that we were on to them. They destroyed the evidence or at least tried to destroy the evidence.