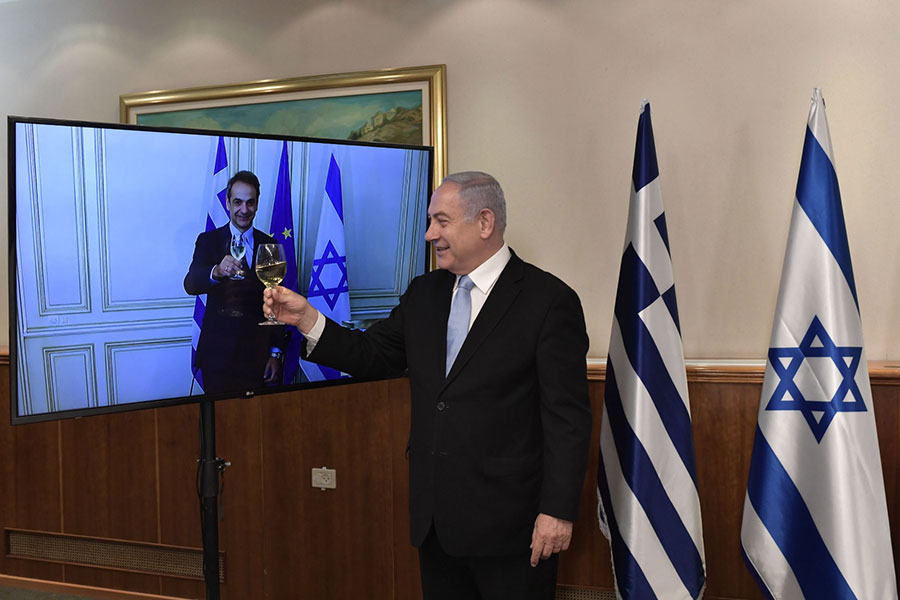 Prime Minister Benjamin Netanyahu, today, held a festive virtual toast, by video conference from the Prime Minister’s Office in Jerusalem, with Greek Prime Minister Kyriakos Mitsotakis, to mark 30 years since the establishment of diplomatic relations between Israel and Greece.

The two discussed the joint efforts to resume flights between the two countries in a safe manner. Prime Minister Netanyahu said:

“There’s a vast interest to visit Greece. We would want to resume flights and tourism connections to countries that are in a similar situation as ours, the most obvious one is Greece and we are working on it now. This is the first good news that I ca give you, I hope we can bring it to completion quickly.”

They also discussed advancing the EastMed gas pipeline project between Israel and Europe, as well as the strengthening of bilateral ties in security, emergencies and high-tech.