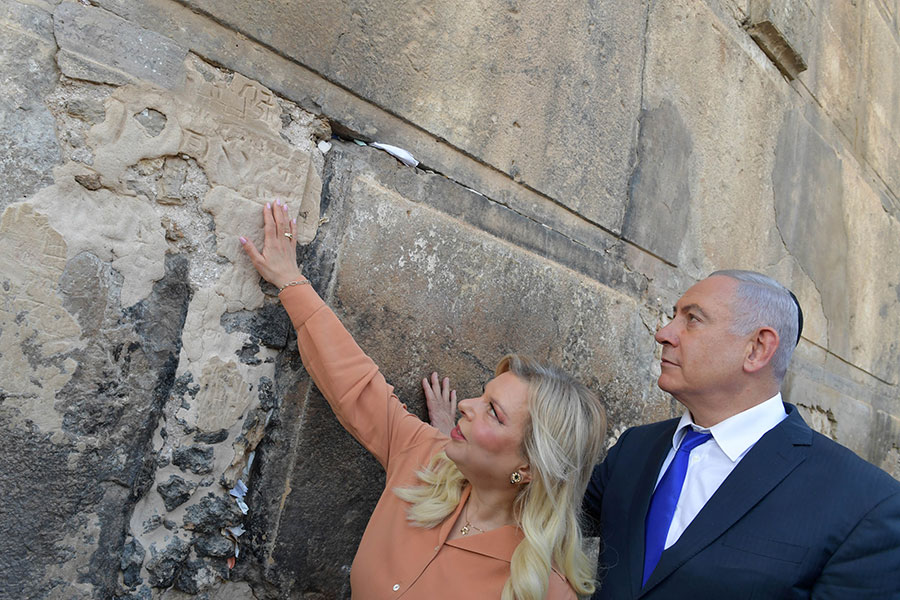 Prime Minister Benjamin Netanyahu, at the Tomb of the Patriarchs plaza in Hebron, addressed the state memorial ceremony commemorating 90 years since the 1929 disturbances. Following is an excerpt from his remarks:

“I am proud that one year ago my government approved the plan for the Jewish Quarter, to build dozens of new housing units for the Jews of Hebron. Residents moved into Machpelah House last week. We are also dealing with other important issues that you brought up, regarding accessibility in the Tomb of the Patriarchs and the realization of the historic Jewish property rights. While we are not coming to banish anyone, neither will anyone banish us. To cite the late Menachem Begin and the late Yigal Allon: ‘Hebron will not be devoid of Jews.’ It will not be Judenrein. And I say on the 90th anniversary of the disturbances – we are not foreigners in Hebron, we will stay here forever. We always remember the eternal call of Caleb, son of Jephuneh, who was faithful to Hebron, and we act in accordance with it: ‘Let us go up.’”