About the Cyber Unit

The Cyber Unit at the Office of the State Attorney is a new national unit which was established in 2015, in view of the need recognized by the State Attorney to coordinate efforts in dealing with crime and terrorism in cyberspace.
Share: 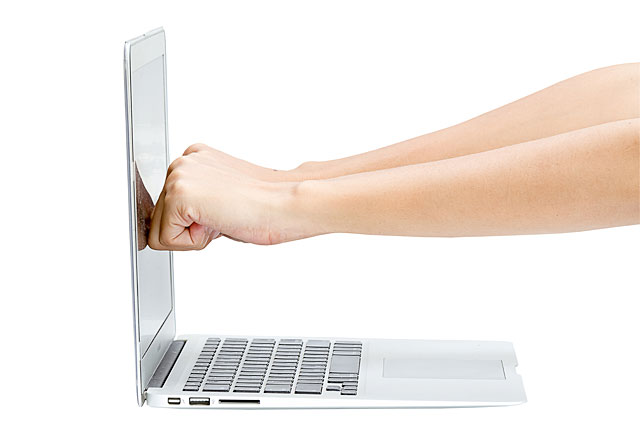 The Cyber Unit at the Office of the State Attorney is a new national unit which was established in 2015, in view of the need recognized by the State Attorney to coordinate efforts in dealing with crime and terrorism in cyberspace.

In recent years cybercrime has been on a sharp upward trend from the quantitative and qualitative aspect. This crime is complex and has unique characteristics that distinguish it from familiar crime in the physical space. Cybercrime raises unique legal questions and requires special proficiency in handling it. In view of the structure of the internet which makes it difficult to collect digital evidence and locate the perpetrators of the offenses and in view of the increasing dependency on cyberspace, much more crimes are committed inside cyberspace or via it.

Following the headquarters' work carried out in conjunction with the National Cyber Bureau at the Prime Minister's Office, adopted by the Attorney General and the State Attorney, it was decided to form the Cyber Unit at the Office of the State Attorney.

Cybercrime is varied and includes the following types of offenses:

Within the framework of its work, the Cyber Unit at the Office of the State Attorney routinely works with the following parties: the Israel Police, security and defense bodies, the National Cyber Bureau at the Prime Minister's Office, the Israeli Law, Information and Technology Authority at the Ministry of Justice, the Office of Legal Counsel and Legislative Affairs at the Ministry of Justice, the Knesset committees, various internet service providers, colleagues and parallel parties worldwide, international organizations dealing with the field of cyber and NGOs operating in the fields of protection against cyberspace harm.

The Unit, which is still in its growing stages, presently includes about 25 employees: the Unit director, ten attorneys, one administrative employee, three interns, seven students and three national service girls.

A word from the Director of the Cyber Unit, Dr. Haim Vismonsky

"It is known that the law is lagging behind world innovations, and that the legislation does not keep up with the pace of progress of science and its applications… this is an axiom" (the Hon. Justice Solberg, Supreme Court Justice)

An axiom, but not predestination. Cyberspace, in addition to all the good that it has brought with it from the economic, social and personal aspects, tangibly challenges the enforcement agencies. As a result, the various enforcement agencies acted to organize themselves and grapple with the threats and risks therein. As part of this, during 2015 the State Attorney decided to establish the Cyber Unit at the Office of the State Attorney.

The Cyber Unit operates on three fronts: the first, activity as a headquarters party of the Office of the State Attorney in the field of cyber and SIGINT, online crime and terrorism, computer offenses and digital evidence. The second, conducting complex and precedent-setting criminal files in the field of crime and terrorism in cyberspace. The third, conducting alternative enforcement proceedings in the field of cyber (legal, administrative and civil proceedings that are adapted to the characteristics of the space).

The Cyber Unit at the Office of the State Attorney is still in the establishment process, and it is recruiting attorneys, interns and students who will develop a high level of legal-technological proficiency. This is a young unit and its people work with a sense of vocation and pioneering in one of the most fascinating and challenging fields of law during recent years and in the future to come.

Dr. Haim Vismonski has held the office of Director of the Cyber Unit since 2015.
Prior to his present position he held the office of Area Director in the Office of the State Attorney, before that he was an attorney in the Tel Aviv Criminal District Attorney's Office.
He represented the State in central criminal cases, including: the Trojan horse case, the theft from the Population Register case, principal appeals in matters of law and technology and several serious crime cases.
Dr. Vismonski teaches various courses on matters of law and technology and criminal law at Tel Aviv University and Haifa University. He is the author of a book and various academic articles in the fields of penal laws, criminal procedure, law and technology.
He was a member of the Dorner Committee for the Examination of Punishment and Treatment of Offenders Policy, and is a member of the Arbel Committee for Dealing with Offensive Publications on the Internet. He heads an inter-ministerial team for examining the best evidence rule, as well as heading an inter-ministerial team for removing incitement to violence and terrorism content.
He is married and the father of three.